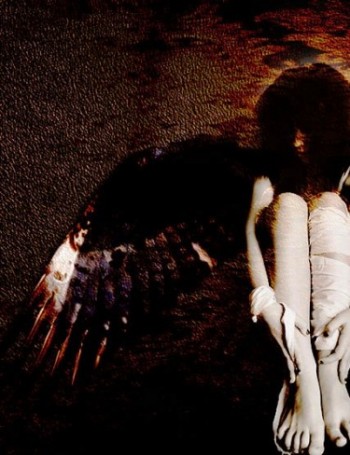 Speaks jihad from the wasteland
Of numberless television news clips

She blinks from the LED screens
With undecipherable error messages

She paints hidden directives
On the periphery of your vision

BIO: Robert Frazier is the author of eight books of poetry, and a three-time winner of the Rhysling Award for poetry. He has won an Asimov’s Reader Award and has been on the final ballot for a Nebula Award for fiction. His books include Perception Barriers, The Daily Chernobyl, and Phantom Navigation (2012). His 2002 poem, “A Crash Course in Lemon Physics,” was nominated for a Pushcart Prize. His long poem, “Wreck-Diving the Starship,” was a runner-up for a 2011 Rhysling Award. Recent works have appeared in Asimov’s Science Fiction, Dreams & Nightmares, and Strange Horizons.