For Spacers Snarled in the Hair of Comets 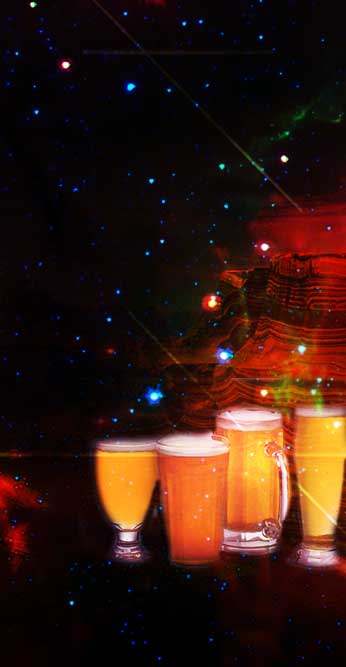 If you’ve heard the stellar vox humana
the untuned ear takes for static,

reflection, disjointed and backwards,
in the choppy ink of some alien sea,

then you know how sleek and fleshy,
how treacherous, the stars can become.

While the universe falls with no boundary,
you and I sit in a cafe of a port city

on a planet whose name we’ve forgotten:
the vacuum is behind us and before us,

the spiced ale is cool and hallucinogenic.
Already the candle sparkles in our plates.