Published by Poetry Editor on February 22, 2016. This item is listed in Helpful Articles, Issue 29

Else Lasker-Schüler’s poetry features a glut of musical phrasing and playful made-up words, with the occasional pun and outright nonsense syllables. While it’s difficult to translate, it also feels like an invitation to be playful myself.
“Sphinx” uses some of the devices and ideas that Schüler turns to over and over again in her poetry. There’s the idea of the “Mondfrau” or moon woman, who also appears to provide similar artistic inspiration in one of her most famous poems, “Das Blaues Klavier.” There’s the tendency of flowers, vines, roots and all their parts to grow in ways they shouldn’t and spread across human life.

Here, she uses her gift of recognizing the power in the sounds of simple seeming words. She maintains an easily graspable but non-traditional rhyming pattern, but even then her rhymed sets of words are linked to each other with subtle sounds that the ear recognizes before it could fully describe them. I kept the same rhyme pattern and attempted to incorporate a lot of m and l sounds and assonance between non-rhyming words to capture this. This included using semantically related words instead of truer translations at times. For example, ‘Leinennähten’ directly translates to linen seams, but I used the word ‘thread’ to be able to rhyme with bed. Additionally, I added the word ‘distance’ in the last stanza to rhyme with ‘resistance’ despite no mention of the word distance, only a collection of far-away things. I added line breaks at slightly different parts of sentences than the original to create the ‘narcissus’/‘this’/‘kiss’ appoximate rhyme. Schüler’s rhymes are on stronger, more concrete words, while I had to compromise and use the word ‘this’ as one of my rhymes instead of ‘Küssen’ or ‘pillow.’

Editor’s Note: The translation here is quite different (but also good) http://www.poetryexplorer.net/poem.php?id=10080037

“Love”/“Die Liebe” has been translated multiple times, but I’ve never read a translation that accurately represented the fairy tale themes of the work. I see it as telling an alternate Sleeping Beauty (Dornröschen) story. With that in mind, I translated ‘Dornenlächeln’ as ‘briar-smile’ to evoke one of the English names for the Sleeping Beauty story, “Little Briar Rose.” In this poetic retelling, instead of waking the woman, the couple sleeps together forever, eventually enveloped by the earth. I think it’s beautiful, with just a touch of subversion.

I also wanted to preserve the rhythm of inhaling and exhaling. Schüler is gifted at using the sounds of relatively simple seeming words to a powerful, and here I think erotic, effect. While sometimes there a similarly intoned cognates in English, as in the case of “Schlaf” and “sleep,” other times as in the case of “Zügen,” no amount of substituting words like “mountain” or “range” or “peaks” ever mimicked the sense of breath that she used; I decided to translate for semantics instead of sound. A German poet suggested various possible synonyms, but the word ‘range’ best completed the picture. Additionally, I toyed with the syntax of some sentences to keep a similar cadence to the original poem and included approximate rhymes in places where Schüler used rhymes, leading to sentences like “blessing both of us” instead of a more precise “blessing us both.”

Else Lasker-Schüler was a leading German Expressionist poet who also wrote plays, drew and painted. She was known to love singing and dancing while wearing elaborate costumes and making up bizarre nicknames for her circle of friends. As a Jewish woman, she left Germany after being assaulted in 1932, to live in Switzerland and later Jerusalem. She died in 1945 without ever being able to return to her first home.

Amelia Gorman, currently angling for a career change, is studying computer science, but in the past she was a baker with a background in French literature. She’s married to a German teacher and has many friends and family living in Berlin, so learning German was inevitable. Finding an Else Lasker-Schüler book sitting out on a table in a library years ago, however, was pure luck. Her favorite German pastry to make is Bienenstich Kuchen. 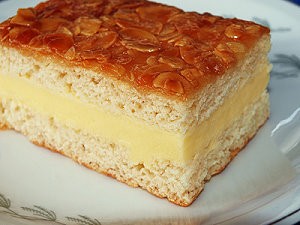