flash fiction by M. C. Tuggle
The hovertrain whispered to a stop at the Cemetery of the Republic. The doors slid open, and I saw before me two lines of people stretching from the platform to the casket. It reminded me of running the gauntlet at military school, and I froze. Something sharp poked me in the shoulder from behind, and I turned and gave Mom my best glare. She out-glared me and motioned me forward. I walked.

Mom probably thought I’d hesitated out of childish anger since we’d argued on the ride to the cemetery. My face burned as I stalked past the mourners, elderly men and women in grey-and-green uniforms from the Montana-Iowa War. As my mother and I scuffed over the dry grass, my anger magnified and deepened at her and the silly ceremony I was now stuck in. Two weeks earlier, I’d turned 12. She shouldn’t treat me like a child.

Mom had said, “This isn’t about you, Jemmah. It’s about your grandfather.”

“None of the other cadets follow Bright Path. They’ll see the news vids and laugh at me.”

“Let them laugh.” Mom held her chin high. “Some of us still believe.”

“Giving dead people presents they can use in the ‘Great After’ might’ve made sense a hundred years ago. Not anymore. When you’re dead, you’re dead.”

Mom had the same grey eyes as my grandfather, and the same devastating stare when angry. “I want you to participate. If not for yourself, then for him.”

My daydream dissolved and we stood in the sunlight beside my grandfather’s closed casket. The Bright Path priestess motioned for silence, then called out lines the mourners repeated. I stood respectfully, though I did not say the words of the old singsong chant. But almost all of Grandpa’s war buddies joined in. It amazed me that even these wrinkled men and women in uniforms from a nearly forgotten war could utter such nonsense.

The priestess, a small woman in white robes, stooped and pulled a flamer from a tattered cloth bag. She stood and lit torches at each end of the casket. The priestess stared at the ground in silence as white smoke curled at our feet. She looked up and said, “What gifts do you have for Charlton Loomis to use in the Great After?”

An old captain shuffled up to the casket, a young woman at his side. The woman handed him a plasma rifle, which he gripped in both hands. He stood straight and said, “Charlton Loomis, please accept my field piece. Watch over us, and use this to keep us safe.” He placed the rifle on the casket, and the woman held his arm as he crept back to the line. I heard several sniffles.
Another man placed a gorgeous antique pistol, a shining .44 Magnum, on the casket. I clenched my eyes in disbelief. What a waste.

Ten old soldiers in all made offerings. It was one thing to honor a fellow soldier, but to throw away treasures made no sense.

The priestess nodded at my mother, who strode up to the casket. She faced the mourners with a hunting knife in her hand. For a few seconds, she said nothing, only stared at the ground. A few of the mourners coughed. Then Mom looked up. “I want my Dad to have the knife he gave me when I was six. He made doll’s heads from pine with it, and showed me how to carve traps, and to defend myself. Without those skills, I would not be here today.”

Mom turned to the casket, placed the knife on top, and touched the casket surface a moment.

I took a deep breath. The smoldering torches filled the air under the canopy with the strong scent of cedar.

Mom returned to my side and leaned close. “Your turn, Jemmah.”

I stared at her. She stared back. I shook my head. Even if I believed, I had no present for my grandfather.

Mom took my hand, and dropped something into it. I gazed into my open palm at the tiny gift, a black hook with a silver spiral along its length, and tufts of white and yellow feathers sticking out. It was my Black Ghost fishing lure. For a fleeting instant, I stood on the banks of the Am River learning how to cast for brown trout. My grandfather, with his one-of-a-kind way of blending military preparedness with infinite patience and kindness, taught me how to fish, how to gut and clean my catch, and how to cook it.

I looked back at Mom, who mouthed the words, “It’s not for you. It’s for him.”

What could I do? I strode up to the casket and faced the assembly. Holding the tiny lure before me, it was all I could do to keep a straight face. “This,” I said, “is a fishing lure my grandfather made for me.” I gulped air and searched the sky above for words. “Grandpa, if there are rivers in — in the Great After where you’ve gone–”

My lips moved, but I could not speak. My chest tightened, and I let out a loud sob. This was the first time I’d admitted that Grandpa was gone. I didn’t know what to do. Foolishly, I tossed the lure onto the casket. I turned back toward the assembly with my head bowed. No doubt people were laughing at me. I looked up. Through wet eyes, I saw the old men and women stand straight, shoulders back. I knew that look. It was one of respect.

I wiped my eyes and treaded back beside Mom, who had this mysterious smile on her face. The priestess continued talking, but her words darted past me like mayflies on the river. A comforting but puzzling realization occupied my mind. Mom had been wrong. Letting go of the lure wasn’t for my dead grandfather. It was for me.

Maybe one day I would explain it to her. 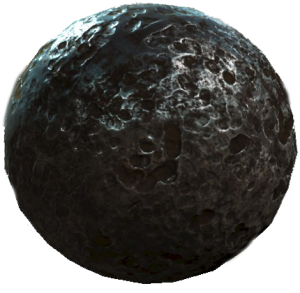