Published by Poetry Editor on May 31, 2016. This item is listed in Introductions, Issue 30, Issue 30 Poetry, Poetry

Welcome to Issue 30 of Silver Blade. One thing you will notice is the wide variety of voices and styles of presentation, let alone speculative texture. At the last minute, we lost a couple poems that provided better bridges for the rest of the collection, but you will not be disappointed with this unusual collage of poetry. The complementary artwork was found using the Advance Google Image search. Images might have been enhanced and/or combined with simple applications (PowerPoint, iPhoto, Word).

We open with Margaret Wack’s dark post apocalyptic poem, “Conflagration,” and quickly move into Mary Soon Lee’s poem rendered as a 2-minute play, “First Lesson.” Ash Krafton’s poem may have physics and astronomy flavors, but the physical is transcended to the metaphysical in “Temporally Illuminate.” This segues nicely into John W. Sexton’s well-crafted “Seeming Space.” And this is followed by yet more astronomy-based scifi work of John Philip Johnson, “Lesser Lunar Geese.” Wendy S. Delmater’s “fan fiction” fantasy poem, “Fëanor,” is based on J. R. R. Tolkien’s character. Finally, in the spirit of a speculative poem in translation, Ef Deal translates this poem into French. 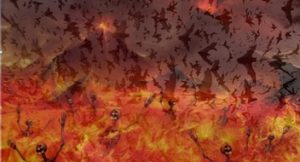 Like hungry birds we circled destruction,
eyes wide and glittering: we were eighteen,
starving for fire. We drove the narrow strip
of street again and watched the buildings blaze
outrageously and were appeased. A brief
augur of ruination sweetened in our open
mouths: we were in love, we slipped a smile
between our lips tasting the blood
and honey there. World without end they said
but even then they knew the call
of conflagration, knew the eagerness
for sirens and for bloody, burning screams
and thirsted for the still silence,
the smoky, hollow dawn that follows fire.
Soot in our hair, we wake bare and bereft
and taste the mist, and praise the sun, and roll
naked and lovely over the scorched earth,
and we sing.

Margaret Wack has had her work previously published in ditch, Eclectica, and Strange Horizons, among others. She lives in Massachusetts.

Editor’s Image Note: The image is a combine of a swarm of gargoyles (gargoyle queen) with a classical painting of the Lake of Fire (artist could not be identified) 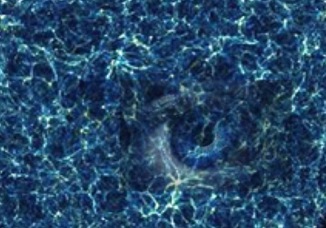 Time began, born
with a big bang
that flung fire and dust
into nothingness
Time slows as we
accelerate and
approach
the speed of light
Time travelers, we see
into the past
so easy that rocket
scientists do it without even thinking
Stars, the footprints
of time’s endless march,
cast thin light
but it is light
enough to see

— Ash Krafton
Ash Krafton (@AshKrafton) writes speculative fiction and poetry. She’s also the author of novel-length fiction, including the Demimonde trilogy and The Heartbeat Thief (under the pen name AJ Krafton). Krafton is a member of SFPA and Pennwriters and writes for the QueryTracker blog. She lurks in the heart of the Pennsylvania coal region but can be spotted at www.ashkrafton.com.

Editor’s Image Note: Eye inside the universe, the merging of two images: a visualization created from an Enzo adaptive-mesh simulation* of a cube of universe two billion light years on each edge—revealing a large-scale structure of galaxy clusters—is combined with an image of the human eye (galaxy-eye) created by Dyarchy (https://dyarchy.wordpress.com/author/dyarchy/) 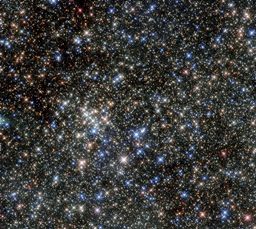 some kind of interference
“… rodents thread
my persuade shoes …”

in their blue sinstripe suits
with vulva
pockets

the snorting meadows …
tip-toe
through the pigslips

they’ll be forever children
till their cryosleep
ends

fill your mind
to ride
the telepathic horse

in each follicle
billions
of souls

the stars so spaced
seeming
space so dark

John W. Sexton was born in 1958 and lives in the Republic of Ireland. His fifth poetry collection, The Offspring of the Moon, was published by Salmon Poetry in 2013. His poem The Green Owl was awarded the Listowel Poetry Prize 2007 for best single poem, and in that same year he was awarded a Patrick and Katherine Kavanagh Fellowship in Poetry. His speculative poems are widely published and some have appeared in Apex, The Edinburgh Review, The Irish Times, Mirror Dance, The Pedestal Magazine, Rose Red Review, Silver Blade, Star*Line and Strange Horizons.

Smaller, pale as skim milk,
sometimes they fade to translucence,
almost vanishing, especially
in the powdered light
on the surface of the moon.
Unlike their robust cousins,
they don’t migrate every year.
When weak, or in unsynchronized breeding,
they find some remote place on earth—
a windswept arctic island,
a rocky, ice-clenched mountain top—
where they fall deep into themselves,
letting their metabolisms approach zero.
Of all the lunar migrants, their torpor
is the most profound, yet on the moon
their glassy stares seem to grip
all the more tightly
the blue disc of Earth.

They often cut themselves,
landing in jagged, isolated craters,
and bleed a colorless fluid
which freezes in patches on their down.
Many of them succumb to stillness.
Time almost stops for them all.
Suddenly, after a season,
at some twitch inside,
they rise from the near-dead,
their wings push against the next-to-nothing,
and the polarized light of the moon
helps pour them back to earth.
Left behind are the tiny, bright spots
of those among them turned
most completely into light.

Editor’s Image Note: A 19th-century illustration of how the moon’s surface would look to a visitor from Earth. From the book The Moon by Nasmyth and Carpenter ( 1874). The B&W artwork was rendered in sepia to match a page out of Flamsteed’s Atlas Coelestis (1753) depicting an obsolete constellation, Anser, The Goose, in the jaws of Vulpecula, The Fox. 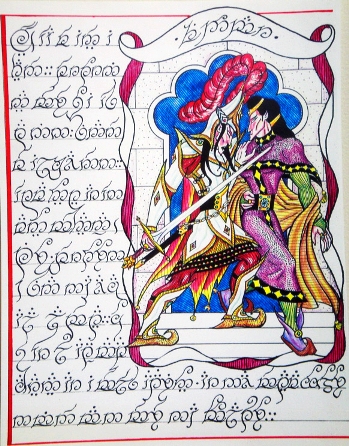