Narrated by Mary A. Turzillo

by Mary A. Turzillo

An 11-year-old female bottlenose whale, not yet sexually mature, spent up to three days in the Thames estuary, in a flawed attempt to head west and rejoin the Atlantic.
—Times Online January 25, 2006

Junk-food-crazed raccoons moved in first,
via our chimneys,
then a few bears, uninvited to brunch,
skulking away with a bag of cheese fries,
merely annoyed at shouting or gunshots.

The mountain lions wore out their welcome
snacking on puggles, cats, and the occasional hiker.
Speak nothing of peregrines, roadkill-fed in skyscraper aeries
Or Canada geese,
squawking for white bread, refusing to migrate, crapping the boat dock.
Squirrels stealing birdseed , begging to be petted.
Deer munching our shrubs, addicted to corn and salt,
undeterred by pie tins rattling in the wind, or fox piss.

They’ve all heard our hamsters are treated well,
good grub, and if you get bored, just wander off:
remember those flocks of feral parakeets?

And now the whales. They heard Seaworld has an HMO.
So baby orca Luna adopts Nootka fishermen,
gambols with their boats, but tantrums
when Fisheries wants him back with his boring pod.

Are we deaf? They want in.
So let’s finish what began when the first wolf
made his peace with fire,
bequeathing his children forever the hearth and the leash.

That bottlenose whale swimming up the Thames
amid New Years’ pyrotechnics
had a message for London:
Take me in. Tow me to your emergency ward and heal me.
I want an aquarium and a good education.
Will do tricks for haddock.

Freedom’s just a word
and the words slave and master, in whale, are one.

AUTHOR BIO: After a career as a professor of English at Kent State University, Dr. Mary A. Turzillo is now a full-time writer. In 2000, her story “Mars Is No Place for Children” won SFWA’s Nebula award for best novelette. Her novel An Old-Fashioned Martian Girl was serialized in Analog in July-Nov 2004. These two works have been selected as recreational reading on the International Space Station.

Mary’s Pushcart-nominated collection of poetry, “Your Cat & Other Space Aliens,” appeared from VanZeno Press in 2007. Her collaborative book of poetry/art, Dragon Soup, written with Marge Simon, appears from VanZeno in 2008.

Mary’s collection Lovers & Killers, in addition to winning the Elgin Award, was also on the Stoker ballot and contains “The Hidden,” second place winner in the Dwarf Stars award for 2012, plus two Rhysling nominees: “Tohuko Tsunami” and “Galatea.” 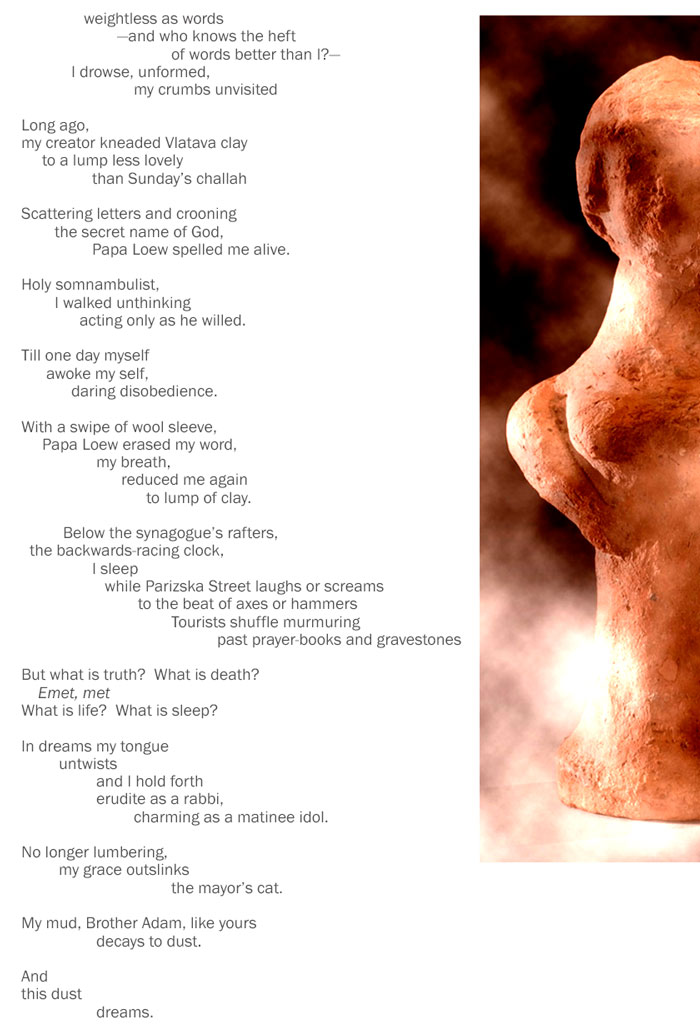 When the Dark Shadow Falls

When the Dark Shadow Falls

Spanish is a beautiful, romantic language that I have always admired.  It is naturally poetic.  So, when I decided to become a poet, I decided to include translations of Spanish poems into English as part of my body of work.   I found a number of Spanish language poems in the public domain by Spanish poet Gustavo Aldolfo Bécquer and translated them into English.  One of these, “Cuando entre la Sombra Oscura / When the Dark Shadow Falls,” appears here.

Translation proved to be an interesting exercise.  I began by translating the words as literally as possible.  Most of the time, the literal translation did not work either for meaning or as poetry.  Next, I rearranged the word order to resemble English.  For example, in Spanish, an adjective usually follows the word that it modifies–the exact opposite of English.  Many times, this did the trick.  After that, I had to get down in the weeds to tease out how certain words with multiple plausible meanings should be translated.  I found the process easier as I went along.

I placed my highest priority on creating poetry first–hence my almost complete disregard for a literal translation.  I ran into trouble right away with the title.  Literally translated, it means, “When enters the shadow dark.”  I quickly changed this to, “When the dark shadow enters.”  However, idiomatically in English, we say, “When the dark shadow falls.”

I also placed a high priority on conveying the precise, intended meaning of the poet.  This was the most difficult aspect in some ways, as it was tempting to insert my own bias for word choice into the translation.  It was most tempting to take a stab at preserving Bécquer’s beautiful rhyme scheme in this poem–aabbc in the quintets, and ddc in the tercets.  However, I quickly abandoned the notion.  Duplicating the rhyme scheme almost inevitably would have meant choosing words for the sake of their sound and not their meaning.  I am proud to say, I remained loyal to Bécquer.

Gustavo Adolfo Bécquer (1836 – 1870) is considered one of the first modern Spanish poets.  Originally from Sevilla, he moved to Madrid in 1854 in pursuit of a literary career.  Sadly, Bécquer received acclaim only after his death from tuberculosis at the age of 34.  [http://www.britannica.com/EBchecked/topic/58011/Gustavo-Adolfo-Becquer]

Steven Wittenberg Gordon, MD, the editor of Songs of Eretz Poetry E-zine, learned Spanish by paying attention in high school Spanish class.  Originally from upstate New York, he moved to Kansas in 2007 in pursuit of a literary career.  He still practices medicine on a part-time basis and has diagnosed and treated numerous cases of tuberculosis.  Visit him at www.eretzsongs.blogspot.com.

(editor note: With sincere apologies to Steven Wittenberg Gordon, MD, the original version of the this poem published here, with its translation, was in error, and was missing the translator notes and biography. We make every effort to provide a quality magazine and all errors were Silver Blade’s and not the translator’s.)