Published by Associate Editor on February 3, 2014. This item is listed in Helpful Articles

The Importance of Research 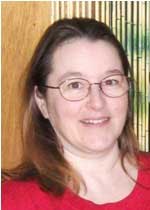 Unless you speak Greek, the above lyrics are just gibberish. Actually, even if you do speak Greek, they’re gibberish anyway. This “chant” was heard on an episode of a popular TV show. If you weren’t Greek, the chant probably sounded fine. However, if you were Greek, you were probably rolling in the floor laughing. Translated, these lyrics go something like this:

Thank you very much

Apparently someone didn’t do enough research.

Research is important in writing, even if you’re doing Sci-fi or Fantasy. Why? Because you need to make people suspend their beliefs in this world to live in yours. You want people to believe in your story, not chuckle about how fake it was.

It stands to reason that if you’re writing a historical novel, or a mystery crime, you need to research the time period, or police procedures (think “Castle”), but is it really necessary in Sci-Fi and Fantasy? Yes.

Take the above chant. It’s supposed to be a “Dorian” chant, being read with an Ionian rhythm. That makes sense. There are many Greek accents and rhythms, the same as there are English, Chinese or whatever language you speak. So, it’s possible the writers never intended a serious chant, but if they were going to use words from a real language, why not do a little extra research and have it make sense for everyone?

Another example is Star Trek. Gene Roddenberry did his research and based the show’s technology on what he found. He did this to make it realistic (cheesy SFX aside). Have you ever noticed that cell phones look an awful lot like communicators?

You might be able to get away with less research in a fantasy novel since you’ve got it all in your head – character names, what planet they live on, the kinds of houses, plants, etc. But if your fantastic creations are too far removed from what your readers know, you may lose them. Editors too. For instance, I once wrote a story about a knight’s search for healing. The story included a scene where he met unicorns – pink and blue ones. One of the editors I subbed to thought the story was good, but she suggested I delete this scene. It brought her out of the story, disrupted the suspension of her beliefs.

Let’s say you wanted to create a snow-covered world and you’ve only ever lived in the tropics all your life. You know nothing about snow, but you’ve seen pictures and you know it’s cold. It’s not enough. You still have to do your research: What’s snow like? What happens in a snowstorm? How do whales keep warm? Why don’t duck feet freeze?

Yes, duck feet. The science behind duck feet not freezing in the cold could be useful for a character living on a world like this one. But be careful not to give a long-winded, scientific explanation. You’ll lose your readers for sure.

Something else you need to be careful about is the research itself. I was taught that a fact needed three citations in order to be deemed true. I generally follow that rule, but research still needs to be done with caution. If you’re a social media user, you’re probably already aware of the “true” things that circulate. Things like:

The problem with quotes on the internet is that it is hard to verify their authenticity. – Abraham Lincoln

Quite obviously this can’t be an authentic quote, and there are a myriad of similar quotes and “facts” just waiting for someone’s naivety. There are other places to go for research: Newspapers, books, magazines and journals, and even the author him/herself if you’re lucky enough to know him/her. Library access is available online with your library card, but if your only choice are internet websites, watch the URLs – .org and .gov are the most reliable. Here’s a link with more tips:

So do your homework. All the hours you put into it will be worth it. Your story will shine, and you might even learn something.