Visions of the Blue Clone 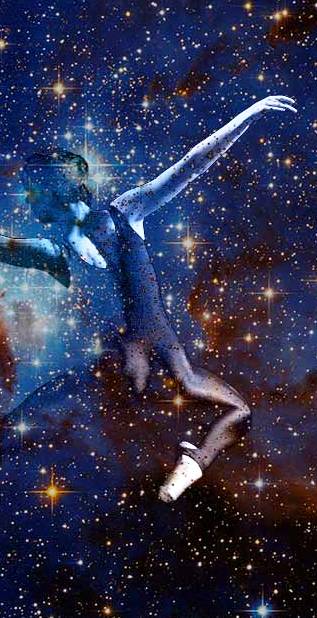 The first of her
came to me on the first night.
She was a woman of mystery
who sang the blues.

The second of her
came to me on the second night.
She had a history
like no other.

The third of her
came to me on the third night.
She was bright and cheery
and full with the fire
that makes life.

The fourth of her
came to me on the fourth night.
The fire was catastrophic.
The blue rains came down
and our wooden ark settled
on a rocky promontory.

The fifth of her
came to me on the fifth night.
We embraced as lovers,
like eagles in an aerie
far above the drenched desert

The sixth of her
came to me on the sixth night.
We entered the star ways
and jaunted faster than light
to her blue sun.

On the seventh night
the six plus one of us rested,
lying between cool sheets
fashioned from the blue
universe of our flesh.