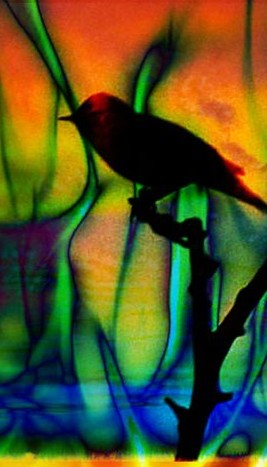 Clouds of fire rise from shadows
of broken centuries, the nameless, voiceless,
leaving in glass starships at the silky river
where a thousand nightingales no longer
flinch in song.

on some fading star of memory.

Darrell Lindsey is the author of Edge Of The Pond (Popcorn Press, 2012), and has been nominated for a Pushcart Prize (2007) and a Rhysling Award (2014). He won the 2012 Science Fiction Poetry Association Contest (Long Form category), and has garnered numerous international awards for his Haiku and Tanka. One of his poems is included in Haiku In English: The First Hundred Years ( W. W. Norton & Company, 2013).