He had trucked downstairs. The night was only beginning – like the night before – and the one before that. It was 7:54 p.m. Once a stripling in the full sway of manhood, he didn’t speak – just hauled off and descended the stairs. 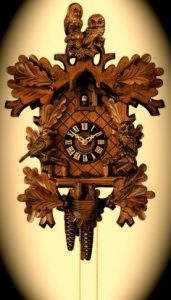 In the kitchen, she had cleaned crumbs off the counter. Probably the fourth time that day – or was it the day, the month, the year before – the crumbs—accumulating through obsolete years.  “Crumbs,” Thelma Louise said to herself.  “Crumbs. Crumbs.”  She remembered how Gretel had scattered crumbs, she and Hansel. It was a grim thought. God, I’ve heard of affairs that are strictly platonic.

“Oh, my god,” she said again – but this wasn’t a prayer, even though the gods had played a part in life’s determinations about the great beyond for thousands of years; she was, however, no Athena. There were bags under her eyes. Brown spots on her hands. Protruding veins. She finished wiping crumbs again. And again, she would swish the dishcloth under the faucet, depositing the tidbits in the sink before turning on the disposal. There were fruit flies on the watermelon.

He had trudged upstairs now—as was customary – night, noon, and morning. He held out his hand, giving a biscuit to the dog1 who was, as usual, lying on her pallet. It had a discriminating appetite though it had once been a stray, a rescue. Now it slept in Thelma Louise’s bed, and snored. Sometimes, she would take her foot and kick it, whereupon it would hop off for awhile and return again – jumping on the bed and nudging itself against Hans, her husband who would kick it again – and so the night passed – like the night before – and the dog, without actual proof of residency, felt now a true sense of hominess.

Now, an hour had passed. Bread was baking in the oven. She could smell it upstairs.  “Nothing smells as good as homemade bread!” Thelma Louise exclaimed.  “The staff of life,” even if from a 7-grain mix, and the crumbs, she would lick her fingers, savoring each dib and dab rich with salted butter—and she would lick each finger in turn—the index finger first, then the thumb – and then last, as usual, the ring finger with the wedding band she’d worn for sixty years. Soon it would be her Diamond Anniversary.  “Crumbs,” and she started to sing, the tune emerging throatly:

I’ve heard of affairs that are strictly platonic
But diamonds are a girl’s best friend
And I think affairs that you must keep masonic are better bets
If little pets get big baguettes,
Time rolls on and youth is gone and you can’t straighten up when you bend
But stiff back or stiff knees you stand straight at… Tiffany’s…

It was midnight now, and Thelma Louise couldn’t sleep. It was often this way, yesterday, the night before, the night before that. Time was not the shortest distance. The climate was changing; how, pray would it alter the eco-system? The children were grown and had flown the coop, and the cuckoo2 clock she’d bought in Germany years before; she was 19 then and had gone abroad a whole summer ­because her parents hadn’t wanted her to marry her college beau. Thought she might get interested in a swarthy Italian who would serenade her and take her on an all-night gondola ride. The clock, crumbs, it hadn’t worked for years—just sat there on the wall, the little bird on it’s perch, the door broken. “Crumbs,” Thelma Jean said—and she kicked the damn dog off the bed.

“Beast,” she screamed. It had scoffed not just one tablet, but a whole pill pot – the “rejuvenix” pills that would turn back the clock on aging; take each night before bedtime and wait for morning. Now no refills.

Sue Walker, M.Ed, MA, and Ph.D., is the publisher / editor of Negative Capability (Mobile, Ala). She was Poet Laureate of Alabama from 2003-2012 and Stokes Distinguished Professor of Creative Writing at the University of South Alabama where she retired in July 2015. In 2013, she received the Eugene Garcia Award for outstanding scholarship by the Alabama Council of English and a Mellen Award for outstanding scholarship for her critical work on James Dickey, The Ecopoetics of James Dickey. She has received several Pushcart nominations and numerous creative writing awards for fiction, non-fiction, drama, and poetry. She has published eight books of poetry, numerous critical articles, drama, fiction, and nonfiction. She has spoken and given workshops throughout the U.S.A. and abroad. Sue is the President of the Alabama Writers’ Conclave.

Editor’s Notes: This is another experimental poem, with some hybrid structure, that at the very least subverts form while maintaining a prose disguise. The image is that of a traditional cuckoo clock that has been warmed, enhanced and vignetted.