Published by Karl Rademacher on July 9, 2014. This item is listed in Introductions, Issue 20, Issue 20 Poetry 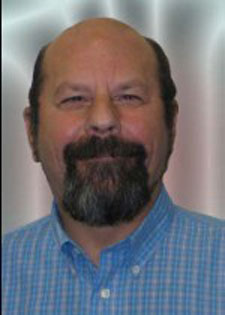 Bruce Boston, a notable force in the genre, is our Featured Poet. Please read our interview with him here. The Boston series is a small cross-section of his prolific career. It begins with a new piece, “LIVING IN A WORLD OF GIANTS,” which contrasts the immensity of nature and the apparent minuscule-ness of man. “FOR SPACERS SNARLED IN THE HAIR OF COMETS” (Asimov’s SF Magazine, April 1984) is the 1985 Rhysling Poetry Award winner for short poems, which considers another giant—the vastness of space. “THE CITY AND THE STARS” (The Pedestal Magazine #11, 2002), a ballad-like poem, demonstrates how rhyming poetry can be deftly done with well-crafted slant end rhymes. “VISIONS OF THE BLUE CLONE” (Shades Fantastic, 2006) is a clever creation myth metaphor.

James Hutchings gives us yet another well-crafted rhyming poem, “TIME AND THE TRADESMAN” that addresses another giant of sorts, Time. It’s rhyme scheme is novel (aaad bbbd cccd) and has a ubiquitous, but not stifling, anapestic beat.

F.J. Bergmann’s “Primordial” show the power of love. This is followed by a gripping poem with religious flavor, “Appian Tombs” by William Doreski. Clyde Kessler brings “Blackbird Forest,” a sensitive and disturbing piece with surreal elements. Perhaps it is about posttraumatic stress from an encounter in Vietnam or Cambodia, perhaps not. You decide. And we close with another Doreski poem, “So Shipwrecked” that left me wanting to read more of his poems. Please enjoy this fine collection of poems.

Published by Associate Editor on May 12, 2014. This item is listed in Introductions, Issue 22, Issue 22 Poetry, Poetry

Introduction to Silver Blade Poetry May 2014

As this issue evolved, a theme emerged, which touched many aspects of love and life—there’s the love for one’s friend, a mate, nature, and life itself. Our Featured Poet, Robert Frazier, opens with a poem (Imageography) that speculates on the mind of Albert Einstein; it’s not a love poem (unless you count my love of physics), but it reminds me of something this great physicist once said: “Gravitation cannot be held responsible for people falling in love. How on earth can you explain in terms of chemistry and physics so important a biological phenomenon as first love? Put your hand on a stove for a minute and it seems like an hour. Sit with that special girl for an hour and it seems like a minute. That’s relativity.”

Robert Frazier (Nantucket, MA) sets a dark stage (Your Dark Angel) with what he says has “a beatnik cadence a la Howl or Ferlinghetti,” which segues into the plaintive poem on Mars (Red Truths). Jane Ellen Glasser (Lighthouse Point, FL) follows with the first of her two poems (For the Love of Certain Spaces). It is a wonderful list poem speaking of a love of “certain places” that nature has given us. JD DeHart (Cleveland, TN) presents a poem (Erasure) that uses an interesting metaphor. It is a short poem, but powerful. Love has no bounds. Anne Carly Abad (Manilla, Phillipines) proves this with her compelling poem (Vessels). The word syzygy means a conjunction of three astronomical objects, among other things, like Joshua Gage (Brecksville, OH) shows in his love sonnet (Syzygy), which approaches the Spensurian form. There is more than skilled slant rhymes in this poem. The selection closes with a second poem from Glasser, another modern sonnet—love poem (How We Happened). I think it makes for a happy ending to a great selection of poems from some very talented poets. Enjoy.

Poetry in this issue:

Your Dark Angel by Robert Frazier

For the Love of Certain Spaces by Jane Ellen Glasser

How We Happened by Jane Ellen Glasser

Published by Associate Editor on June 13, 2013. This item is listed in Introductions, Issue 18, Main Features, Poetry

Welcome to Issue 18. Though there is no Featured Poet in this issue, we still bring a full complement of speculative poems written by six excellent poets, as well as by your poetry editor. We are proud to publish so many established voices in this issue (and we often publish new and emergent ones alongside them). As usual, the poems are ordered according to content and mood, rather than by contributor names.

The opening poem, “The Music of the Stars” by Bruce Boston, is the winner in the 2013 Maryland Regional Science Fiction and Fantasy Convention (see Balticon 47, http://www.balticon.org/) poetry contest. It is a pensive psalm-like homage to the stars. The wonderful chant of that poem sets us up for another invocation, of sorts. “A Prayer on Ganymede” by John Grey, is layered with textures of irony and satire.

There are many ways in which mankind can examine himself. In “Eye for an Eye,” Laura Madeline Wiseman does it through the eyes of Martians. Her pieces are often humorous, but in this case, it is sobering and poignant. (Recently accepted for publication, both of Wiseman’s Martian poems will be available in her chapbook, Stranger Still, and in her full-length book American Galactic.)

Astronomy-related poetry is much more than poetic descriptions of heavenly objects, or the simple wonderment of “Who’s out there?” and of imagined encounters; nor are the sun, the moon, the planets and the stars, also, mere backdrops or clichéd mood settings, though all of these things are worth exploring. Rather, more often in a successful literary poem, astronomy might provide metaphors for the human condition, as we might see in Wiseman’s poem and others, including Dawnell Harrison’s poem, “A Wintry Fever.” It is short, but piercing.

Though we had a wonderful transitioning piece, the contributor could not be contacted, so I will act as the bridge. “Alien Ants Invade the Waffle House” by John C. Mannone, has a little humor as the title might suggest, but there is a serious subtext in this narrative flash poem.

The final two poems are imbued with fantastical elements accented with spiritual tones. “The Elixir” by Sandy Hiortdahl, is a narrative poem in a fine storytelling tradition. (Incidentally, her doctoral dissertation was on Gardner’s Grendel as a reinvention of Beowulf; she even learned Anglo Saxon so she could do it right). And “Milk Witch” by John Zaharick, another narrative poem, which is infused with unusual images, surprises, and literary depth, closes the selection.

Please enjoy this collection of poems (that straddle many aspects of literary speculative poetry), the complementing images, and mp3 voice recordings (when available).