We were ushered out of the room.
Only the stranger stayed behind
and Beth, of course,
still writhing uncontrollably on the bed.

Strange how the Christmas stars and streamers
still adorned the walls.
And the tree glistened.
It was the Savior’s birthday
but not within earshot of Beth’s tortured cries.

My mother sat us at the kitchen table 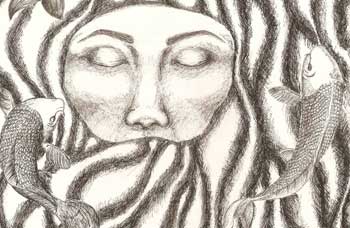 to sip milk and listen to her
cigarette-stained voice cackle some
random Biblical passages.
Beth’s screams grew even louder.

A month before, Beth had said
she’d seen a cross-eyed crow in the woods.
And met a peddler in the lane
selling odd trinkets—half-animal, half-man.
And during a particularly virulent storm,
a gruesome face had flashed in her window.

Ever since then,
she’d been coughing up bile,
swearing like dad’s old drinking buddies,
and eating nothing but cockroaches and flies.
Whatever she was suffering from,
it sure wasn’t the measles.

We asked questions
but mother said it was none of our business.
Just a stage our big sister was going through.
She handed a crucifix to each of us
with the instruction to clutch it to our breasts.

An hour after we left Beth’s room,
we heard a giant whoosh.
then a burst of laughter
followed by a booming cry
and a sound like a rocket taking off.
The stranger stumbled out of the room,
collapsed on the floor before mom could reach him.
“It’s done,” he whispered.

Beth remembers none of this
and I still don’t know
how mom explained away
the dead guy in our parlor.

In a way, knowing what I know now,
I feel kind of proud
that the devil chose my sister
out of everyone in our little town
for a full-blown possession.
She was never that pretty or that smart
and she couldn’t cook or sew.
My mother used to say she had a good heart.
And an even better exorcist, thank God. 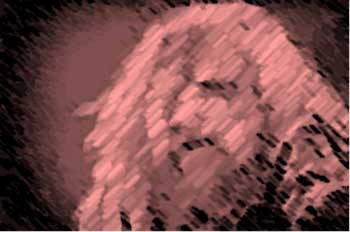 in the middle of winter
sit around a fire
near an abandoned quarry,

others ride the rails,
slipping in and out of boxcars
one step ahead of the cops,
travelling rough
from one jobless place to another,
eating out of trash-cans,
lining up at soup kitchens.

In the castle on the hill,
coffins stay closed
well beyond sunset,

in the old abandoned mill,
the doctor shutters
his laboratory,
unable to get body parts,

in the waters of the black lagoon,
the creature is speared for food,

in a graveyard near Pittsburgh,
zombies starve
for lack of human flesh—
either their visual prey
is worn down to the bone
or they can’t tell a homeless man
from their own kind,

hungry for his next meal,
the wolf-man slinks down the hill
toward a cottage—
too late,
the wolf’s already
at the door.

One tattoo is a reminder of the guy
whose throat you slit.
That’s a red slice
not a wayward smile.
And, with belly button,
those eyes make three. 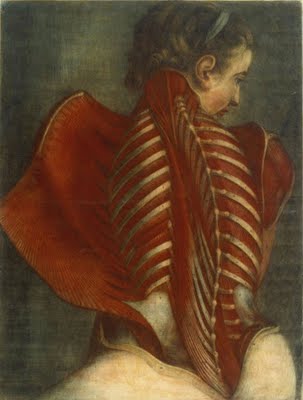 And here’s another pattern on your shoulder,
a heart this time.
You like having a heart there
where you can see it.
Better than behind your rib cage.
There’s an arrow through the initials, MK.
But that’s because the tattooist
was struggling with the jagged dagger you requested.

A devil straddles your spine.
It’s a she of course:
well-dressed but horned,
left foot in high heels,
the right one cloven.
And both ankles boast
a bloody image
from the loser you stomped on
in the bathroom of that punk club.

Your body is a history
of all you’ve done,
what makes you who you are.
And it’s not done yet
with its illustrations.
Every suffocation,
each poisoning,
will get its moment in the needle’s glare.

But then there’s the guy
whose skin you totally flayed.
You’re having a tough time
replicating that one.