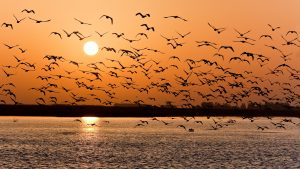 Birds wake and throw their songs against the world
I rise and add my morning song
nogwo sunale nigalsda
face East and pray into what sun there is
Battles are over
Defeat comes as a relief, suddenly
There is no more fight in me for you
who didn’t fight for me
Birds settle on wires
unharmed by power within
They lift and fly formation in a sky that has no answer
except for clouds’ iterations
Somewhere a bear is waking up
like the one whose prints I saw in snow
direct register
My dog put her nose into impressions resembling human handprints
My son carved a soapstone yona for me
that I placed by shards from Jerusalem and Manassah a friend gave me
from her dig
I don’t feel like singing, my voice is choked with tears
gvyalielitse Yihowa
my heart has become like agate
cold and pointed planes
bones mineralize, why not the heart
defeat may be relief but it is grief all the same
All the things you feared, they have come true
still, song rises
still, red bud and dogwood
throw forth bloom
still, blackbird with red war paint
calls: iyugwu

“Morning Song”: Facing East, a song of praise is offered in the morning. Nogwo sunale nigalsda (now morning has come). Yona (bear) Gvyalielitse Yihowa (I am thankful to you, God) iyugwu (Bring it)


Editor’s Notes: The image by Gandex wallpaper seemed to fit lovely line from the poem, Birds wake and throw their songs against the world. 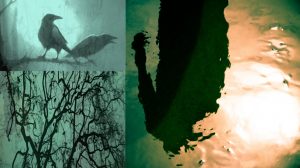