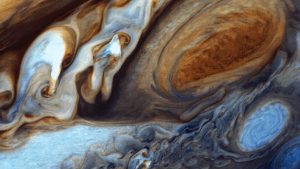 Could almost wring
water from the air

even inside. Sheets,
clothes, toes, toaster

walls unbleached.
On the spaceflight here,

Lauren McBride finds inspiration in faith, nature, molecular biology (a former researcher), and membership in the Science Fiction Poetry Association (SFPA). Nominated for the Rhysling and Dwarf Stars Awards, her work has been included in various speculative, nature, and children’s publications, and appears frequently in the Aurorean, Spaceports & Spidersilk, Scifaikuest, Star*Line and the Songs of Eretz venues. She shares a love of laughter, science, and the ocean with her husband and two children.