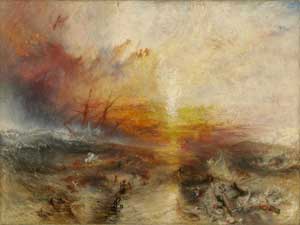 To be born a slave but to have known
the taste of freedom is bitter, a tang of existence
like the grit of blood in a clear river,
like steel in your hands—gun-metal freedom,
that can be given or taken away.

Deprived of freedom, the body still keens,
breathes in the wind, picks up its scent,
longs for sweet pain, and marches
with the infantry of death.

I knew long ago the betrayal of fate.
Turning its face from me, it left me for dead
face down in a river, with just my own hands
to pull me out.

2.
Bands of cold steel press into my skin—
my skin, merely a gunshot in a dark coda,
fingerprintless. This shell, a powder keg
alive within—charcoal and fire,
transient. 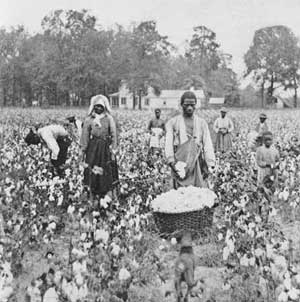 I lost myself for a long time, for years
amongst the high towers of white
cotton and castles. Living,
I refused to remember.

I pressed away memories in the fields,
turned my face from the call of ravens
waiting on fence posts and church steeples
and on the handles of plows.

I shut out the soul, collecting memories like lashes of the whip.

The little woman and the children she bore,
who slept beside me in the row house,
were they merely flesh and blood?
Made from parts of me I cannot keep?

I know they are dead, but I wish I could have kept
a lock of hair, a cotton scrap, not the hazy memory
of their smell, the sweet tangle of their feet on the cot,
their smiles at sunrise.

What had they to smile about?

3.
Specters haunt the earth. Shadows broken
away from the sun. Rangers without bodies
to return to. But I know this much,
they are free while I am chained
to the never-ending pain of life’s riven fane.

Where is the promise of my years?
In sleep memory rages, claws
my eyes, sears my nostrils,
hisses in my ears.

Holly Walrath attended the University of Texas for her B.A. in English and the University of Denver for her M.L.A in Creative Writing. She is a freelance editor and the Associate Director of Writespace, a literary center in Houston, Texas. Her work has appeared or is forthcoming in Abyss & Apex, Pulp Literature, and Grievous Angels, among others.

My Mom and Her Home 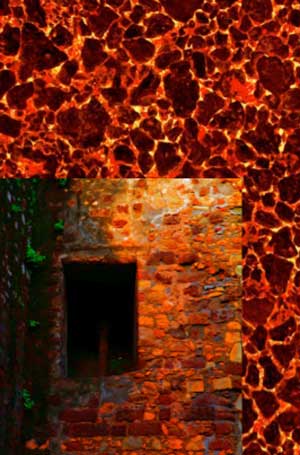 These old stones
have undressed their
plaster-clothes. Her roof
is tattered, yet she declines my call.

Fashion and novelty
never tempt her. Her soles
sometimes soil her floor, but she
doesn’t fear a stretched-out index finger .

She refuses a share
of yummy Chinese noodles
or Arabian barbecue chicken
from my kitchen beyond the fence.

She takes steamed rice
and cheap sardine curry
as five-star food to her home.
No one teases her, the ill-mannered slurps.

She hears his footsteps
from the corridor of hallucination.
Nobody chimes in, her secret whisperings.
She likes the fright, the wilderness of dark lonely nights.

Nude red stones in her wall
remain as remnants of old love.
She’ll never come to stay in our new home,

she likes to be on her own always.

Fabiyas M V is a writer from Orumanayur village in Kerala, India. He is the author of Moonlight and Solitude. His fiction and poems have appeared in Westerly, Forward Poetry, The Literary Hatchet, E Fiction, Off the Coast, Anima, Structo, and in several anthologies. He won many international accolades including the Poetry Soup International Award (USA), the RSPCA Pet Poetry Prize (UK), Speaking of Women Story Prize (Canada), and The Most Loved Poet For March 2014 Award by E Fiction (India). His poems have been broadcast on the All India Radio.

angels dream up the wildest excuses 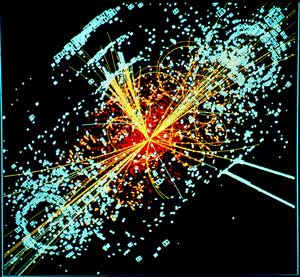 for waking up late, for missing meetings,
for eating cheese puffs just before supper,
for the broken window next door,
and the marbles stuck up little sister’s nose

responsibility is reserved for earthly matters,
consequences of flesh & bone where
one + one equals two rather than infinity
spun into spiral springs and bounced down

the stairs to crash ceremoniously against physics
so angels can dream lugubrious visions
of sanguine potential and accomplish nothing
of purpose, merely lending ethereal ears

An arsonist by trade, John Reinhart lives on a farmlette in Colorado with his wife and children. His poetry has recently been published in Scifaikuest, Star*Line, and FishFood Magazine. More of his work is available at http://www.patreon.com/johnreinhart 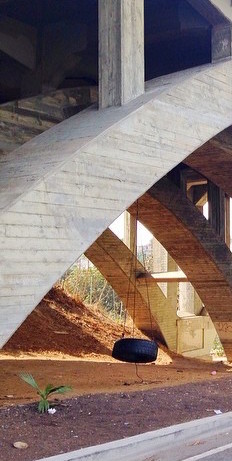 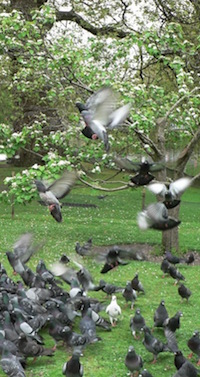 This leaf shutting down 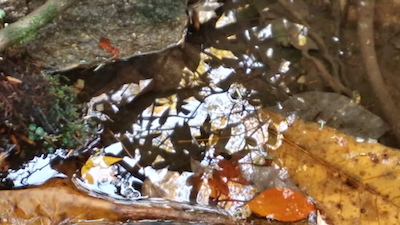 drains as if its puddle
could speak for you

though the evenings too
have outgrown, no longer reds
or browns or face to face

has your forehead, scented
lulled by the gentle splash
coming by to nurse

that never blossomed
taking you back for rivers
that wanted to be water.

Simon Perchik is an attorney whose poems have appeared in Partisan Review, The Nation, Poetry, Osiris, The New Yorker, and elsewhere. His most recent collection is Almost Rain published by River Otter Press (2013). For more information, including free e-books and his essay titled “Magic, Illusion and Other Realities,” please visit his website at www.simonperchik.com.

I will die from a cancer of the spine

French poet:
Boris Vian (1920-1959) was a noted French Surrealist novelist, playwright and poet, as well as a songwriter and jazz musician. Inspired by use of mescaline, he wrote successful hard-boiled novels, pretending to be their translator—the banning of these works for “moral outrage” can only have helped their sales. He translated Van Vogt’s The World of Null-A into French.

Translation notes:
I’m bilingual in French as a result of having lived in Paris for a couple of years during a critical part of my childhood. A fondness for Surrealism led me to Alain Bosquet and then Boris Vian. This poem is from Je voudrais pas crever (1962, Éditions Fayard). John C. Mannone has pointed out that at least two other translations are available online, and comparing my version to those has been interesting. In a few lines, my wording is identical; in others there are differences in syntax, level of diction, and even the interpreted meaning of words. Some choices are more or less arbitrary; e.g., deciding whether contractions fit with the tone of the poem in the original language (I decided that they did not), some depend on knowing colloquial conventions as opposed to literal meanings: “colonne vertébrale” does indeed mean “vertebral column”—but it is the common term for “spine” or “backbone” in French, and I much prefer the flow of the line with “spine.” But some ostensibly simple French words are almost impossible to translate accurately and depend almost entirely on context; the pronoun “on,” for instance, can mean “we,” “they,” “somebody,” or “you” depending on how it is used—and does not quite correspond to any of them. But English, in general, has a wider choice of terms than are available in French; English cannibalizes almost every language it encounters, assimilating a truly enormous vocabulary from global sources. Each translator will make word choices based on accuracy of meaning for individual terms, resonance with the phonetics, rhythm and context of the source, and a feel for the basic style of the work, as well as the idiosyncrasies of individual aesthetics.

The word vers translates as not only the plural of “worms,” but also as “verse.” Unfortunately, the pun is not possible in English.

The poem, “Je mourrai d’un cancer vertebrale,” is reproduced and translated with permission, courtesy of:

Published by Associate Editor on November 16, 2014. This item is listed in Issue 24, Issue 24 Poetry, Poetry 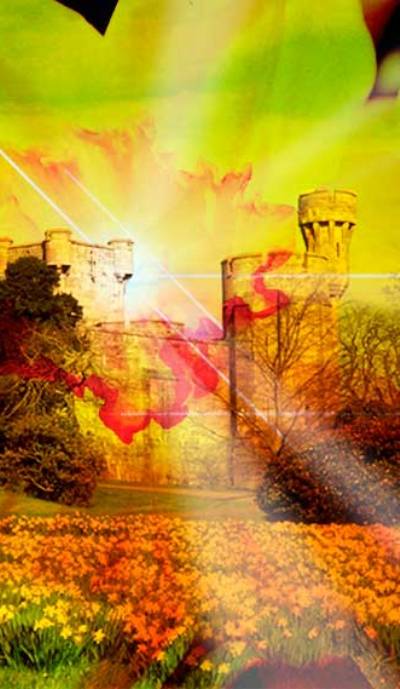 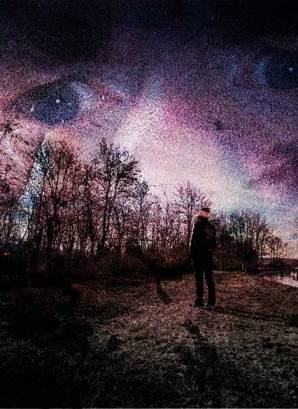 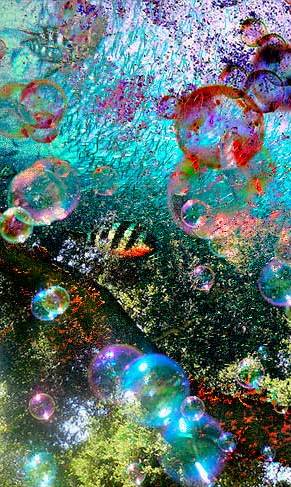